Born and raised in Singapore, Evangeline Neo has been drawing webcomics since 2007. She is better known online as Evacomics, where she uploads satirical comic strips on Facebook, Instagram, and Twitter every Monday night. For loyal fans, you may know her through her webcomics on the cultural differences between Singapore and Japan. She calls them “comparison comic strips”, where some of her pieces went viral. She used to draw them while studying in Japan from 2013 to 2015, before transitioning to develop comics about her everyday life and passion for yoga. The inspiring manga artist tells us more about how she perceives the Japanese culture, how she defines her success and the hardships that she has dealt with from the past decade in this exclusive Evacomics interview at Ikeda Spa, while sharing her favourite Ikeda Spa treatments.

What fascinates you the most about drawing comics on Japanese culture? What keeps you going?

I had a culture shock for staying there for so long. There were some negative things about Japan, so I was trying to find something good about it again to motivate me. At that time, I missed Singapore very much and recalled what it was like back home. So, my first comic was about the parks in Singapore and Japan.

You mentioned the negative things about Japan. Are you able to tell us more about it?

So, one of the most impressionable one, which I felt was negative, was the way they reject someone. I was under my scholarship and asked my scholarship officers if I could go back to Singapore for a holiday break. And they said, “Hmm, it’s very difficult.” And I said, “Oh, difficult? Why?” And they don’t give me a reason and kept on saying it is difficult. Eventually, I couldn’t wait, so I bought the tickets and flew off. But it’s actually their way of saying no. I think they try to avoid conflicts. They will perceive us as too pushy because when they say it’s difficult, it is their way of rejecting us and we should not prompt.

As a comic book author who has garnered a wide international following on social media, how would you define your success?

The first part of success is you garner more international fans, beyond Singapore and Malaysia. The second part is how you monetise it. We have a lot of fans but how we monetise it is the issue. Some creators sell books internationally, others sell merchandise on their websites. Some get on Patreon, which is another platform, as a kick-starter. So, you become a patron of your favourite creators and you pay a monthly fee.

The fourth way, which is what I am doing, is through commission projects. Through social media, clients will know who are doing comics and familiarise themselves with your characters. They may have projects in mind and may engage you for your work. That’s how you monetise it.

What are some of the criticisms you received from your comics? How do you deal with them?

Hmm! I received a lot of criticism from the comparison comic strips because they would see as though I am looking down on Singapore and that I am pro-Japan. But if you see it in another way, it brings awareness to our actions. Of course, it’s obvious which side is better at times, but sometimes the Internet misinterprets the fact that I think Japan is always better. It’s just comics, you look back at it and you look back at yourself.

I have stopped with that series and now, it is just throwbacks on Instagram and Twitter. So, there are situations that have changed over time. For example, the “Keep Left” comic strip that I drew—back then in Singapore, people didn’t keep left. When the train doors open, they try to go in without letting others exit first. Of course, the situation has improved a lot over the past seven to eight years. I feel like it’s a good snapshot of what it was like back then.

What is one advice that you can share with your fans or similar people who want to pursue a successful career as a comic artist?

Definitely to get your stuff out on the Internet first. Get a following, a fan base, it’s very important unless you are already well-connected in the industry. It’s always good to build up a fan base as they will support you and give you words of encouragement. Plus, if you have a new product, a new book, or something to sell, you have followers who will support your artwork, and that’s how you monetise it. So, have your work out there, have a fan base, and engage with them, even though that’s a constant challenge.

We are honoured to have Evangeline at Ikeda Spa for the second time! She had the opportunity to dip in the Hinoki Onsen Bath and relax with the Elemental Aromatherapy Massage.

As you know, we have previously invited you down to Ikeda Spa before. What do you miss the most about the experience here?

The bathtub! I like the onsen experience, the hinoki bath because once you enter, everything is wood and it’s very calming, and wow, it feels like you are in another country.

As an artist who is big on Japanese culture, how would you describe the authentic Japanese experience you had at Ikeda Spa today?

The hinoki bath; it’s quite authentic. The design of the bath, how the outlet goes out, and how it’s done is very Japanese. Even down to the stool, where we sit down, where we do the splashing is exactly how it’s done in Japan.

What would you rate the experience here? In one sentence, how would you recommend Ikeda Spa to your friends?

I’d give it a 9 out of 10. It’s definitely very relaxing here and you feel as though you are somewhere not in Singapore.

The onsen first helps you to relax and loosen up the muscles and gets you ready for the massage. The music played back during the massage and the masseuse was really nice as well. She gave a lot of tips on how to correct my posture because as artists, we draw for a very long time and usually have problems [around the neck areas]. Overall, it’s a very pleasant experience. Try out Evacomic’s favourite treatment over at https://ik.cm/evacomics.

The Season Of Gift Giving

Stand a Chance To Win a Trip to Japan

Enter your email address below to download the onsen etiquette guide

Please check your inbox for the onsen guide. 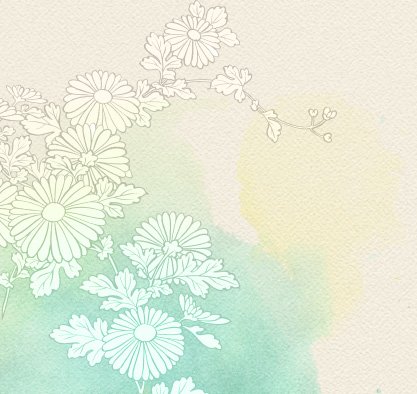 Find out how to receive a

The promo code has been sent to your inbox.

We never share personal information. Valid for first-time guests only.